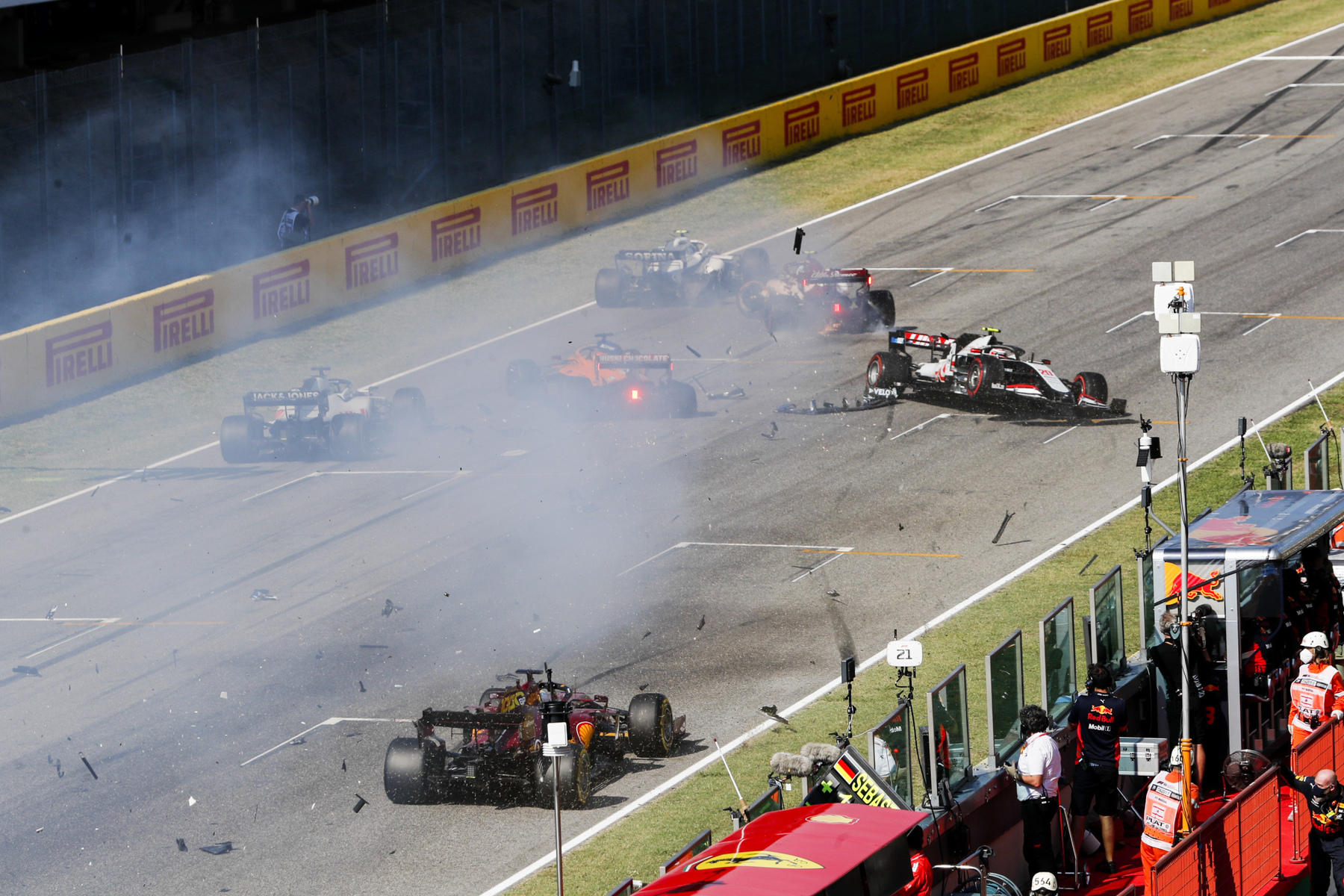 "The Stewards conclude that the root cause of this incident was the inconsistent application of throttle and brake, from the final corner along the pit straight, by the above drivers. The Stewards acknowledge the challenges the location of the Control Line presents at this circuit and the desire of drivers to take advantage of the restart."

"However this incident demonstrates the need for caution to be exercised in the restart situation and note that there was an extreme concertina effect which dramatically increased as it moved down the field."

"We also note that some drivers might have avoided being involved in the incident had they not followed directly behind the car in front. By doing so they effectively blocked off all visibility of what was happening immediately in front of the preceding car."

"A warning has been imposed as it is the view of the Stewards that no one driver was wholly or predominantly to blame."

"It was further noted that the driver of Car 77 (Valteri Bottas) and the other drivers involved in the restart not mentioned above, complied with the regulations. Car 77 had the right under the regulations to dictate the pace."